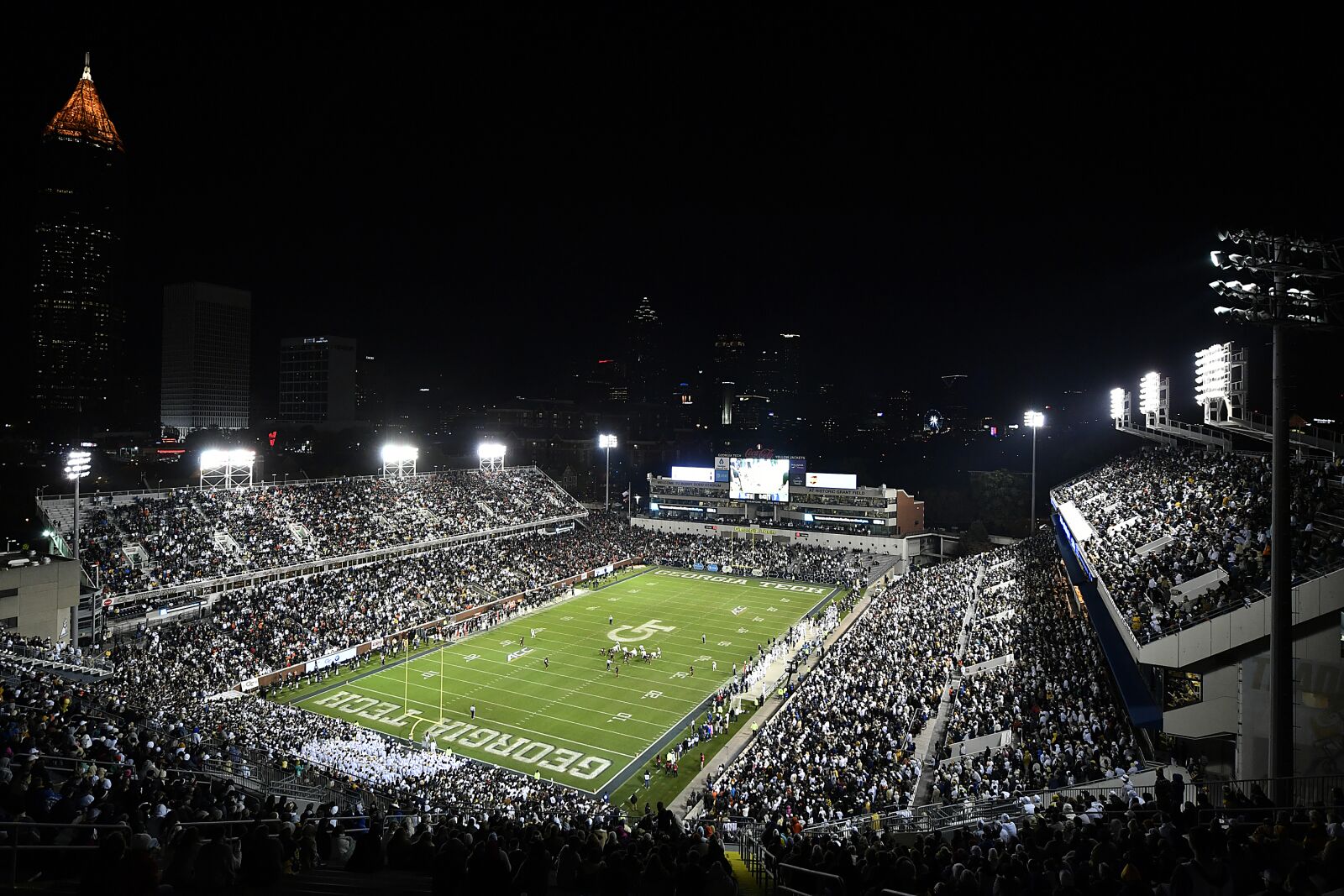 The Georgia Tech football program landed one of their most coveted recruits of the 2020 recruiting cycle on Wednesday, when four-star wideout and Deerfield Beach, Florida native Bryce Gowdy committed to the Jackets. He announced his commitment via Instagram as well as live on the Tony Sands Show in Deerfield Beach.

Gowdy becomes commitment No.20 in the Jackets recruiting class that has defied expectations thus far even for a hard-working and strong recruiting resume for Geoff Collins and his staff. He becomes the second wide receiver commit in the 2020 class for the Jackets as well joining Grayson (GA) standout Ryan King, one of the Jackets earliest commitments in the class of 2020.

Gowdy is listed as a four-star recruit by all three major recruiting services (247Sports, ESPN, and Rivals). Rivals is currently the highest recruiting service on Gowdy with him being ranked as a top-250 recruit in the nation, coming in at No.220. They also rank him as the 40th best wide receiver in the country in the class of 2020 and the 31st best player out of Florida.

Gowdy committed to the Jackets over 29 other scholarship offers including offers from significant programs such as Auburn, Florida, Oregon, and Penn State to just name a few. That being said, his recruitment in the end came down to too ACC programs with the Yellow Jackets and the Syracuse Orange.

What he brings to The Flats:

At 6-foot-2 and just around 200-pounds, Gowdy right off the bat has a great frame for a wide receiver. Obviously the Yellow Jackets strength and conditioning staff will want to shape Gowdy a little bit once he arrives on campus either this upcoming winter or next summer but…