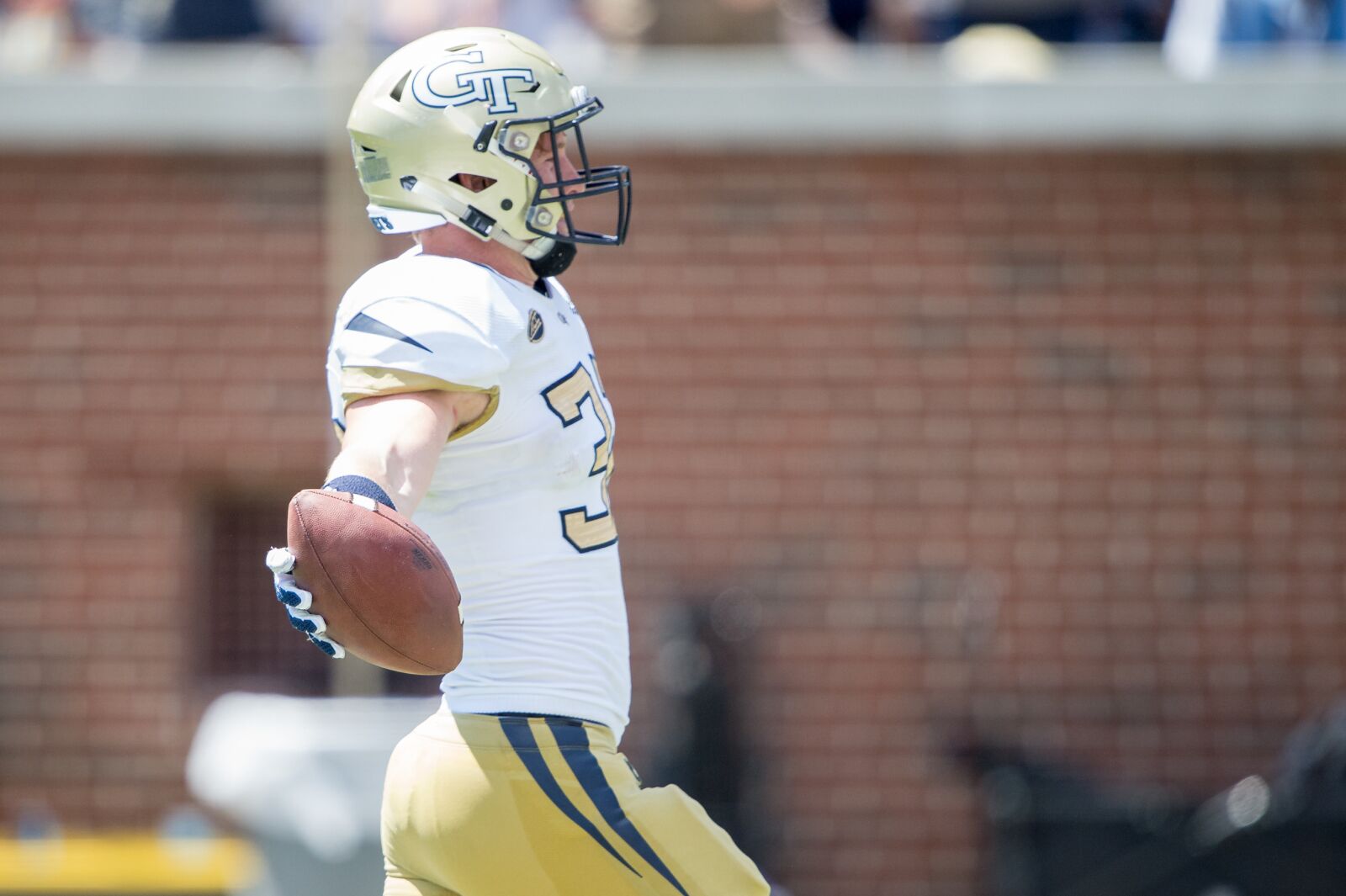 We delve back into our Georgia Tech football spring position previews as we look at the Yellow Jackets linebackers.

Entering this spring, one position to watch that has a strong group of young budding stars is the Yellow Jackets linebacker core. The linebacker core enters the spring with 11 linebackers on official roster but only 9 will be in spring camp as incoming freshman Chico Bennett and Cornelius Evans will arrive this spring.

Leading the group of linebackers are seniors Tyler Cooksly and David Curry. Cooksly appeared in 13 games last season for the Yellow Jackets but failed to record a tackle, playing mostly in mop-up time and special teams. He only has one career tackle but has a good deal of experience with 23 career games played. Curry, on the other hand, is a highly experienced linebacker for the Jackets.

After not seeing much time in his freshman and sophomore campaigns, Curry saw heightened playing time last year as a junior and it resulted in a career-high in tackles. In 13 games, Curry recorded 47 tackles including a half a tackle for a loss. He put up a career high in tackles with 7 tackles against the North Carolina Tar Heels.

Cooksly will have the opportunity to battle for a starting spot but in all likelihood, he’ll remain a reserve linebacker for the Jackets this upcoming season. Curry, on the other hand, will most likely remain a starter in 2019 for the Yellow Jackets at the middle-linebacker position but he will have a tough battle in the process.

A trio of juniors for the Yellow Jackets return in 2019 headlined by Bruce Jordan-Swilling. The former four-star recruit put together a decent sophomore campaign but saw his numbers drop overall after a promising freshman season. While he and fans alike would’ve seen him…

On signing day, ‘Georgia Tech drove a stake in the ground’